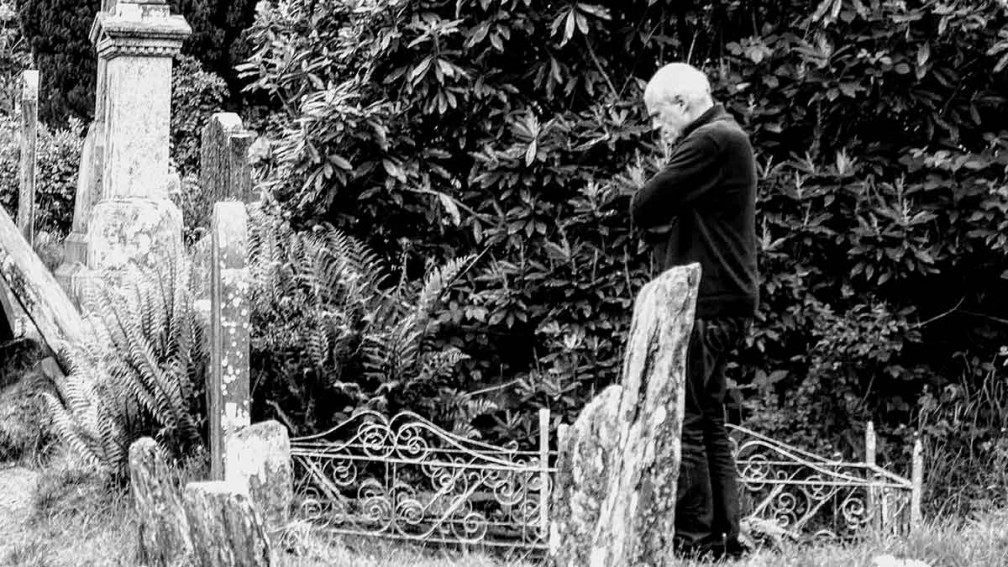 Thoughts of death can inspire us to consider what is important in the life we are living. At The Meditation Center, we use meditation as a tool to understand and appreciate the value of our life and our experiences. Here is a great article gives us a lot to contemplate on, inspired by those preparing to make their transition.

The 5 biggest regrets of the dead and dying

We can learn from their voices and choose a different path for ourselves.

Facing the end of life can evoke strong feelings and initiate a process of reflecting on the choices you made up until that point. Veils are ripped asunder and social rules thrown aside with a last-chance urgency to get down to the bone. Did you listen to the call of your spirit, or end up sublimating your desires to the needs of others or the relief of social conformity?

Hospice workers such as Bronnie Ware, author of The Top Five Regrets of the Dying: A Life Transformed by the Dearly Departing, describe conversations filled with regrets about taking the easy way out, rather than tackling challenges in a self-fulfilling way.

1. The number-one regret people voice on their way out, according to Ware, is a big one. It’s that they did not live a life true to themselves, but did what other people expected of them.

How do you discover your own authenticity? It requires undertaking a process of cancellation. We have to try on various roles to discover the ones most relevant to our life path. We will flounder in some directions and flourish in others. In the process of weeding out, a list of desirable options will slowly form and coalesce into a viable course of action. Casting our net wide can result in an unusual catch we might not have considered.

After high school, I attempted to set out on a traditional trajectory by enrolling in college. I’ll never forget the day during winter quarter of freshman year when I watched a film in a cultural anthropology class about the Yanomami tribe living in the Amazon. They had little exposure to outside groups, and the anthropologist was bringing me straight into the pages of National Geographic.

I felt like an alarm went off in my system. I could barely stay seated. As far as I can recall, there wasn’t even a conscious thought process involved. I needed to get out into the field now, not after laboring through a series of classes I wasn’t interested in to land a degree. I barely finished the quarter while actively planning my first global adventure.

I had stumbled on a big lesson: Be dedicated to curiosity, try out different roles, and see where you strike a match. Even the smallest flame quickly grows into a bonfire. This, I’ve learned over time, is also the way we develop our intuition. Once we start trusting ourselves, our environment begins to support our personal decisions.

2. The second regret people voice while dying: working too hard

It takes no stretch of the imagination to believe this profound regret that Ware puts forward in her book. My professional life was in the healing arts and I worked with people of all ages, sometimes multiple generations within the same family. Because I was a trusted confidant, I heard their uncensored feelings and the depths of their pains and joys.

Younger people often entered my practice completely burned out, depleted by exhausting emotional states and the demands of jobs they could no longer refresh with enthusiasm. The initial lure of hefty salaries and what they thought might result in an enviable lifestyle had quickly lost its glamour. They made a lot of money in our tech-oriented city of Seattle but also felt they had sold their soul. They worked 80 hours a week or more and it wasn’t enough, according to their peers and employers. Work became a bloodletting from the stone of their despairing hearts.We all need purpose and meaning. If we are inhibited in the pursuit of who we are in our core, it’s easy to fall into despair and depression, and to settle for a life of less than.

College graduates I worked with often bemoaned their field of study. Their parents had been reluctant to pay for classes unless they chose certain categories with what they considered a “sustainable” future. When I asked them what they would prefer doing, their answers usually referred to passions in the creative arts and, sometimes, doing manual labor such as landscaping or construction. What really stood out was how many of them never used their degrees and higher education in a satisfying way and ended up not having an interest in careers they had been trained for.

They hungered for a deep dive into their own selves, to embark on a quest that might lead to a more meaningful life. They felt stuck in place by a lifestyle that had morphed into an albatross they dragged around in the required daily grind.

Notably, most of their parents were pleased by the outward success of their offspring. They liked seeing their own values reflected back. But there’s a glitch. Parents cannot even imagine what their children are born to learn in their futures. There will be unknown careers looming ahead in fields not even existing at this time. Why pigeonhole youth when the playing field is wide open and rampant with possibilities?

When I asked parents if they were fulfilled by the careers and lifestyles they had chosen, a surprising number of them stated they derived meaning in life mainly through providing for their families. Their own desires were placed on a back burner, at a cost. Due to this pervasive resignation, we risk ending up dissatisfied in the later stages of life.

Many held the belief that their children should endure toeing the same line. I heard a lot of opinions about everyone having to grow up and assume adult responsibilities at some point. This ancestral patterning is dominant in Western culture and discourages identification of your own path.

We have no guarantee as to the lengths of our lives, so create and seize opportunities now. We all need purpose and meaning. If we are inhibited in the pursuit of who we are in our core, it’s easy to fall into despair and depression, and to settle for a life of less than. Do we have to wait until we’re near death to realize that?

3. The third most-cited regret Ware offers is that people look back and wish they had had the courage to express their feelings

We can all relate to this one, no matter our age. We owe it to ourselves to clarify how we feel, what we feel, and how to effectively state our feelings. Assumptions about our behaviors can run rampant if we suppress our emotions. Even hesitant, inelegant communication can build bridges to others and confidence within ourselves.

At the very least, we can be willing to give emoting a chance. The more we speak up, the sooner we realize we will not faint in a ditch by doing so. We also identify our feelings by voicing them and seeing how our expression affects others as well as ourselves.

4. The fourth regret Ware includes is a desire to have stayed in touch with old friends

There’s an epidemic of loneliness in contemporary culture. We get immediate gratification from our devices and maintain an illusion of intimacy through false connection.

The prime eradication of loneliness stems from within our own selves. It’s a good idea to be friends with your own being. Showing up inside means accepting what arises in your thoughts. They can become amusing and nauseating simultaneously in their sheer repetition alone. We end up realizing this is a universal, human dilemma and make a shift to viewing life’s parade with a dose of humor if possible and compassion always.

Ask yourself how many of your friends and followers would show up if you needed support. The friends you can usually count on are the ones you resonate with in person and have an investment in. It takes time to establish history with a circle of loved ones and you have to be willing to risk exposing your vulnerable and touchy zones and dealing with the same in others.

5. The final item Ware cites is that people regret not having let themselves be happier

That’s a stunner in the use of language alone. How can we let ourselves be happy if we are not mentored in the art of developing our happiness? Where are those rarefied individuals bent on pursuing and living out their own visions? What does authentic happiness look like and how does it show up for each one of us? We’ll only have the answers to those questions through personal trial and error.

We are the only ones responsible for our happiness and we don’t access it by becoming mysteriously satisfied one day. We need vivid examples of fellow humans demonstrating their fulfillment and encouraging others to follow suit.

Courage is a vital component of physical, emotional, and spiritual well-being. I realized early in life that the direction I chose was a fairly risky, non-traditional manner of learning. It was guaranteed to tax me until I mastered the basics.

I took small steps at first, starting out with a hitchhiking trip down the west coast of the United States. It worked out well, so I gathered funds and hitched across the country with two girlfriends in tow. We had unforgettable adventures and my courage was bolstered enough to head out internationally.

Building courage and developing intuition was akin to a runner working up to a marathon. We don’t sign up for a race without expecting to lay down some serious mileage to build up our endurance and assure success in our goal. By the time I started traveling internationally, I was honed and prepared through a previous series of tests and challenges.

This may be a dream, but many of my dreams have come true: May we all learn to discover the path to personal enrichment in our lives. May we embody the courage necessary to honor our hearts and, by doing so, embolden others. Our lives are precious material to experiment with and they will hopefully direct us straight back into our hearts.

Rebecca Romanelli divides her time between Seattle and Lopez Island in the San Juans where she and her husband are building a solar, off grid retirement home. After the construction is completed, she plans to focus on writing a memoir and to continue exploring the world.